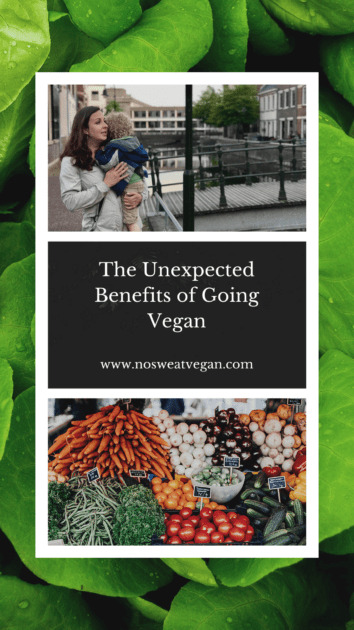 Most people go vegan for a combination of the three big reasons: animal welfare, the environment, and health. There are countless studies, books, documentaries, and articles showing the many, many ways that you can improve your health and prevent chronic disease just by cutting meat and dairy. Likewise, the impacts on the environment and animal welfare are vast and easy to find on the internet or at your library. But those aren't the things I want to talk about in this post.

I actually started exploring veganism shortly after I moved to Germany in 2018. Eventually, my explorations pushed me to reading books and watching documentaries, and this ultimately led to my decision to go vegan. But in the beginning, I was simply on a tight grocery budget and looking for ways to save money.

"Save money!" you might exclaim. "But aren't vegan diets expensive?"

It's really all a matter of what you buy. If you eat Impossible Burgers and Ben and Jerry's every day, then, yes, it might be expensive. But if you cook from scratch and follow (or mostly follow) a whole-food plant-based vegan diet, then you can actually save money!

Don't believe me? Just look at a few cost comparisons. (For the purposes of this post I used Kroger's Instacart from my hometown of Cincinnati, Ohio.) The cost of 1 pound of ground beef to make, say a Bolognese, burgers, or tacos, is anywhere from $3.49 a pound for the cheapest store brand to $7.99 for lean, organic beef (87 cents to $2 per serving). But if you sub out organic canned beans or lentils, you'll only pay $1 per 15oz can for organic (40 cents per serving). And if start with dried lentils, you pay even less--a mere $1.49 per bag, or about 11 cents per serving. That's a huge savings over the course of a year or a life!

Think about some other swaps. Eggs cost more than oatmeal. Chicken costs more than chickpeas. And fancy store-bought cheese usually costs more than homemade vegan cheese. Across the board, meat and dairy--even when they're subsidized--are some of the most expensive items in the grocery store. When you eat a vegan, whole food diet, you'll no longer need those items in your cart, and they'll no longer be taking money from your wallet.

Just like you might save money, you also might lose weight. According to a 2009 study by the American Diabetes Association, vegans are the only dietary group who have a collective BMI in the "normal" range. The average BMI for vegans was 23.6, while for - (egg and dairy eating) vegetarians it was 25.7, just over the lowest limit for being considered "overweight." Finally for the average BMI was 28.8, which is right at the upper limit of the "overweight" range. Similar findings have been replicated in other studies. So if you go vegan, there's a good chance you'll drop a few pounds.

However, as with saving money, losing weight is all in what you eat. Processed vegan meat replacements, fried foods, white-flour baked goods, refined sugar treats, and oil-heavy foods can all be vegan, but that doesn't make them healthy.

If you're interested in losing weight on a vegan diet, you should research following a Whole Food (WFPB) vegan diet. For more information on how to do this, check out the documentary Forks Over Knives and read the latest book from Dr. Michael Greger, How Not to Diet, both can guide you on your weight-loss journey.

No Gross Chicken Goo in Your Kitchen

Unless you're in a position where you have to or choose to continue cooking meat for someone you live with, then this one is a given. While it might seem less important than the two points above, I'm here to tell you that not having to worry about gross chicken goo is amazingly freeing!

When I was an omnivore, I used to spend inordinate amounts of time trying to sanitize my counters and cutting boards after prepping raw chicken. Plus--raw chicken is nasty. There's no way around it. Just like other people's snot and human excrement, I think our brains must be hardwired to be repelled by raw chicken flesh.

And speaking of excrement, if you're eating chicken in the US, then there's a good chance you're also eating fecal matter. Check out at this excerpt from a 2019 article on CNN Health:

The PCRM tested chicken and found 48% tested positive fecal contamination. And the petition cited a Consumer Reports study that corroborated their evidence, finding "more than half of the packages of raw ground meat and patties tested positive for fecal bacteria.

When you go vegan you don't have to worry about whether or not your chicken contains fecal matter, because you're no longer eating chicken. Score!

You'll Have a Cleaner Kitchen

Along the same lines as above: without the potential hazards of raw meat and eggs, your kitchen will be cleaner--even if you can't see it with the naked eye. In his book How Not to Die, Dr. Michael Greger analyzes a study done on the effects of cross-contamination in the kitchen. The researchers found that even when they told study participants to sterilize their kitchens with hot water and detergent, fecal bacteria still found all over. Participants were asked to complete the task again, this time cleaning every surface in thier kitchens with bleach--and they still couldn't remove all of the harmful bacteria!

I don't know about you, but I'm busy enough as it is without having to worry about dragging out buckets of bleach every time I clean up after a meal. So really, going vegan not only gives you a cleaner kitchen, but also more free time. Yes, please!

Slightly less important in the grand scheme of things, but still a fun advantage: when you make vegan baked goods--from cookies to cakes, to brownies--you can eat as much of the batter as you like! Why? Because you don't have to worry about getting Salmonella from the eggs!

According to the website for the Centers for Disease Control (CDC), Salmonella is a bacteria that causes "1.35 million infections, 26,500 hospitalizations, and 420 deaths in the United States every year." So whether you're using eggs in baking or for your weekend brunch, every time you bring eggs into your kitchen you're bringing a potentially deadly bacteria along with them. But guess what? If you don't have eggs in your kitchen, that's one less thing you have to worry about!

Safety note: You also shouldn't consume raw flour. To make flour edible, simply pour onto a baking sheet and cook for 5 minutes on 350°F or 175°C. This will effectively kill any unsafe bacteria.

I'm not sure what it is, but I derive a great ton of joy from figuring out how to recipes. Want scrambled eggs? We can make that vegan. Carnitas Tacos? No problem--we just it. A meatball sub? Are you kidding, we can so that!

For me, it's a bit like solving a puzzle. I start thinking about what swaps I can make for texture and flavor, and away I go! Veganizing my meals has put a little finesse back into my cooking, and now I get excited every time I go to the kitchen (well, let's be honest, not every time, but a lot more than before). Going vegan forces you to rethink your entire relationship with food and gives you the motivation to explore new ingredients that you might have never even heard of before. Plus, it gives you an excuse to eat lots of avocados and pasta. Sign me up!

And finally the last, and maybe most exciting, advantage of going vegan:

You Get to Make a Big Impact!

We live on a big planet with over 5.5 billion people, and it's easy to fall into the trap of thinking your choices don't make a noticeable difference. But in fact, going vegan--or even just reducing your meat and dairy intake by half-- can have a huge impact on animals and the environment.

If you want to calculate exactly how much of an impact you're making on the world, simply visit a website like "The Vegan Calculator," and enter how long you've been vegan. For instance, going vegan for just 1 month will save 33,000 gallons of water, 900 square feet of forest, 1,200 pounds of grain, 600 pounds of CO2, and 30 animal lives! That's just one person for one month! Imagine a whole year or 20 years or 40! Your actions can have an effect on the world.

Any other unexpected benefits of Going Vegan?

So what surprising advantages have you found in going vegan? I'm sure I missed a few. If you can think of any, be sure to leave a comment below!

While you're here, be sure to check some popular recipes!

For more tips on going vegan or maintaining a plant-based diet try: